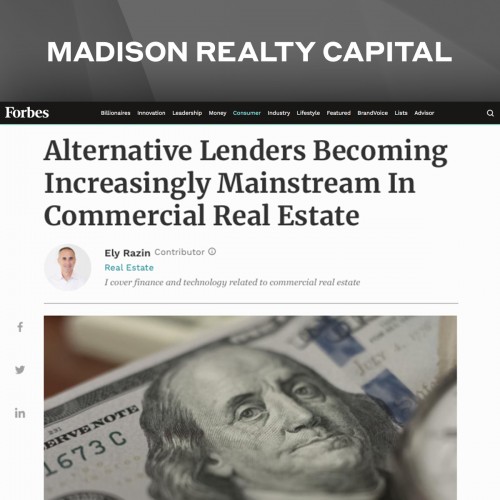 Forbes reports that alternative lenders like Madison Realty Capital are making their names known in an area formerly dominated by large banks, showing that the lending market has fundamentally changed since 2008. In fact, MRC is one of the biggest success stories from this area of the lending market: the private debt investment firm that has closed over $10 billion in debt and equity deals in its fifteen years of existence, and last year raised over $1.1 billion during its fourth round of debt funding and expanded across the nation by opening an office in Los Angeles, which MRC Managing Principal and Co-Founder Josh Zegen calls “a growing market” where there are “very few capital advisers that do what we do.”